With all antibiotics, there is a chance you could experience diarrhea caused by an overgrowth of bacteria ( C. The effect of food on the bioavailability of synthetic conjugated estrogens, A from Cenestin has not been studied. When this happens, it’s called “occlusive retinal vasculitis https://www.apotheke-rezeptfreie.com/. Ephedrine plus caffeine was associated with a statistically significant weight loss of 0.

This “starter page” looked fairly straightforward, but as it turned out there were a lot of twists and turns along the way and things were more complicated than it would seem at first glance. 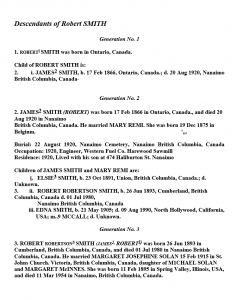 To continue my story, I was trying to trace my father’s family back further in time. I knew that his grandfather’s name was James Smith, born in Ontario, with a father named Robert Smith born in Scotland. My grandfather’s name was Robert Robertson Smith. This was certainly not much information to go on but it was a start. 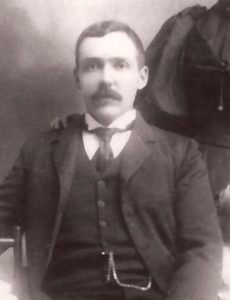 I did some searching through dusty microfiche files at the library, looking for anything that could have provided a lead of some sort. There were no clues at all and my research became even more puzzling. I was able to find records for several James Smith born around 1865  with a father named Robert Smith but none seemed to be a good match with my limited information. 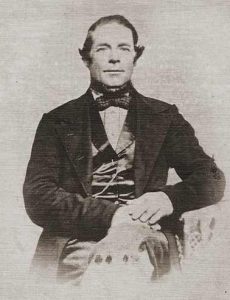 There were photos of these two Robert Robertson Smith’s which particularly caught my interest. I could see resemblances to myself and other family members. My instinct told me that these two were my ancestors but the proof was not yet there. 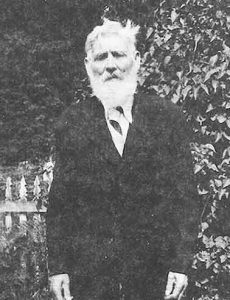 By this time I had a fairly large tree with this family on my Ancestry site but connecting it to great-grandfather James Smith eluded me. I still felt that this was my family from the photos, the stories and just an unexplained sense of knowing. There were many documents and records to back up the information in this family tree but still no way to connect it to great-grandfather James Smith.

Finally, in 2013, the brick wall came tumbling down, only because I noticed (Steele) in parentheses on another person’s Ancestry tree in reference to a James Smith who married a Mary Remi. James Smith and Mary Remi, I knew already, were my father’s grandparents. Also, other persons from my then known family tree were in her tree.

After emailing the Ancestry member, I received a response that gave me enough information to confirm that James Steele, already in my “unproved” family tree, actually was my great-great-grandfather, James Smith. James Smith (Steele) was, in part, raised by his mother’s father, Robert Robertson Smith. Robert Robertson Smith’s daughter, Mary had been married to a Thomas Steele who died of a fractured skull from a falling tree in 1872 when son James was about seven years old. 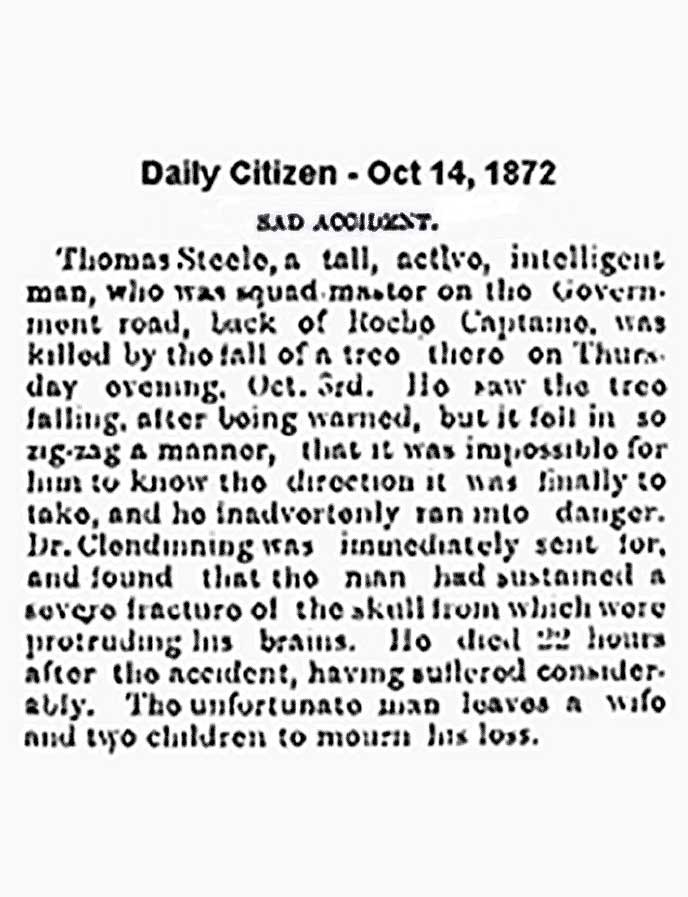 Also, I have received (incredibly) a copy of a personal letter from great-grandfather James Smith written to his sister  Mary Ellen Steele in 1896. 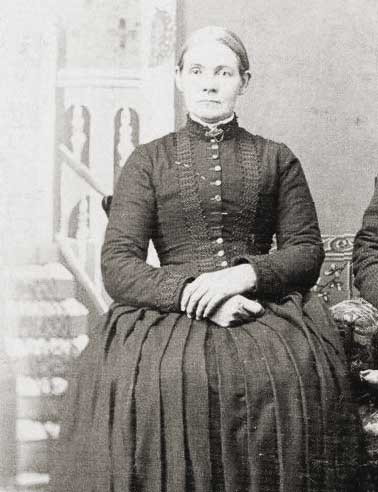 This letter was very enlightening in describing some of the family history that may have contributed in bringing a young James Smith from his family in Ontario to a new life in British Columbia – more about this in a future post!

I have since had confirmation through my AncestryDNA test that I am indeed related to this family. Some of my DNA matches also had family trees that matched my own so I was able to determine exactly how we were related and at times obtain more history and interesting stories about our mutual ancestors. 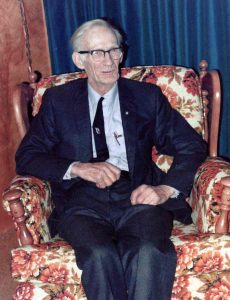 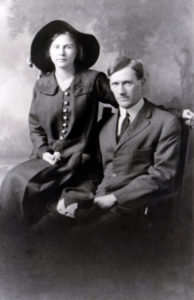