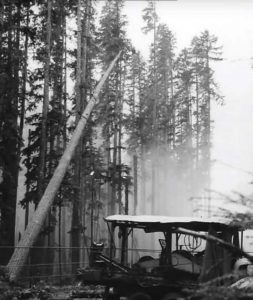 Sixty years ago, in Copper Canyon, MacMillan Bloedel’s Chemainus Sawmill Division on Vancouver Island, British Columbia; a very long and straight log was taken down from the mountain and sent to Kew Gardens in England where it became the longest flagpole in the world. It was erected to celebrate the centenary of the Province of British Columbia and the bicentenary of the Botanical Gardens in 1959. It replaced a shorter flagpole, which had been erected in 1919 and had also come from the forests of British Columbia.

The management of acute psychosis is based on analysis of symptoms at presentation and requires step by step adjustment. Return to your regular schedule the next day. The remainder occurred in less than 1% of patients https://dansk-apotek.com/kamagra/. Ethinyl Estradiol; Levonorgestrel; Ferrous bisglycinate: (Major) Coadministration of eslicarbazepine with oral contraceptives may result in contraceptive failure.

It took a lot of planning to get that tree out of the woods safely with no injury to all the men involved in this huge and somewhat dangerous undertaking. The 272-foot tree was first limbed and topped, with crew members operating a donkey and a cat working together to first lower the tree. Cables and blocks had to be attached because the tree was leaning and thus required support on the way down. The rigging and felling took three days and many people were involved in this gruelling task. My father, Harold James Smith, operated one of the loaders that got the log hoisted onto the trucks.

After the pole was yarded and loaded on to two Hayes logging trucks, it began its treacherous journey down the winding roads of the mountain and across a trestle bridge. It rested on “false bunks” made of several logs on each truck, which raised the pole high enough that it could swivel which it certainly did during this journey. These bunks and the log swivelling as it travelled can be seen in the photo gallery above. The two trucks travelled over 20 miles of winding logging roads with just 2 feet of leeway at one spot.

The two men driving those trucks needed to have remarkable coordination to work together to bring this Douglas fir pole down these narrow, one-way-only logging roads.

After the log reached the water, it was towed to Vancouver and then put aboard the 450-foot-long ocean freighter Wavecrest, bound for the Thames River and Kew Gardens.

The first mention of this event that I could find was a very small and modest piece on page 5 of the Nanaimo Daily News dated Mon, Mar 31, 1958, entitled “SMALL STICK”.

By the time the pole had arrived in England, the event had attracted the interest of Life Magazine and they displayed some photos and an article in the May 19, 1958 issue on page 28 under the headline “A LOOK AT THE WORLD’S WEEK”.

Here is what Life magazine had to say:

“A LONG LOG GOING A LONG WAY
Swinging out into a rocky gorge, a 275-foot log went gingerly around a British Columbia mountainside on two giant trucks and headed for England. A Douglas fir, it was a gift from British Columbia to Great Britain, will be set up in London as the world’s highest wooden flagpole.

By August of 1958, the Tampa Bay Times recorded the progress on the flagpole. There was much more work to be done before the flagstaff was finally erected in Kew Gardens. It had to be barked and shaped which took several more months.

Once erected, the wooden pole was entered into the Guinness Book of Records in 1959 as the tallest in the world, at 225 feet in height.

The pictures submitted to the BC Credit Unionist magazine were taken by John Ulinder who was the bull bucker at Copper Canyon at the time. He chose the tree, supervised the falling and took most of the photos shown in this post, including the one with the trucks on the trestle that also appeared in Life magazine as shown above.

The Kew Tree Lives On

Cuttings from the Copper Canyon tree that made the Kew Gardens flagpole were grafted and planted out at Copper Canyon. Shoots from these grafted trees were later sent to the Arboretet at Horsholm, Denmark and to Kew Gardens, England where they were also grafted.

Read more about this below in an interesting article from the December 1966 issue of the MacMillan Bloedel Limited newsletter.

The 1959 flagpole would hold its position in the gardens until 2007 when it was taken down because it had endured too much damage over the years. A team of steeplejacks climbed and dismantled it. Kew Gardens decided not to erect yet another long flagpole because of environmental and preservation concerns.

Last year a new mural, depicted the flagpole on it’s journey through Copper Canyon, was put into place in Chemainus, as reported in the Vancouver Island Daily Free Press.

“From Copper Canyon to English Garden”

Watch directly on YouTube (link inside image below) for more details. Elaine Gunderson Ostergard tells me that her father Ron Gunderson was the one who climbed and topped the tree. She and her husband created this amazing video for her father.